Home » Featured » Ted Cruz and the Promise of Nihilism 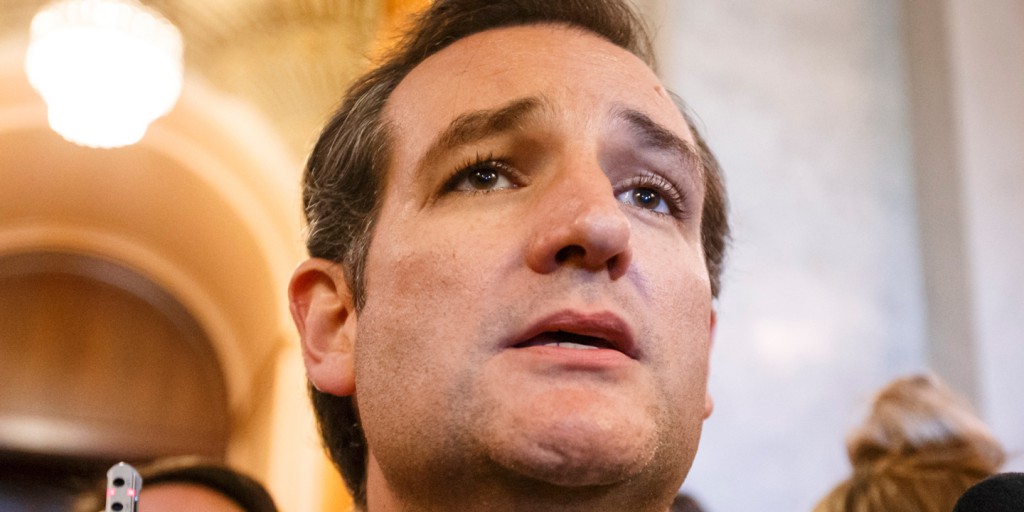 Senator Ted Cruz has a communications problem. It is certainly not one for which he is at fault. He has earnestly and forthrightly set forth his intent to defund ObamaCare regardless of the cost. He represents tens of thousands of energized activists who urge him forward at rallies and in social media.  He has demonstrated great political sway, reaching across the isle to draw a line in the sand that timid House Republicans dare not cross. He has made plain that neither polls nor the endless drone of the proletariat are of consequence.

While the mainstream media and old-line Republicans such as Grover Norquist and Sen. John McCain have derided him as having no plan and having dragged the Republican party across broken glass, the truth is much to the contrary. His plan to defund ObamaCare was most plainly stated.

Plan A:  Shutdown the Government

Plan B:  Destroy the Global Economy

We have watched the first plane strike the tower of government and set it splendidly ablaze. Overnight 800,000 government employees without pay; the economic multiplier effect rippling through the infrastructure of the tower, closing business upon business, shuttering parks and leaving families of dead soldiers in uncompensated grief. Ted Cruz delivered as had no other Tea Party wannabe in weakening the tower to its foundation. We witness Cruz’s hapless House Republican colleagues comically pissing at the blaze with their left-of-liberal piecemeal legislation as the opinion polls mocked their claims of representing America’s will.

Meanwhile Cruz has calmly, defiantly lined up the second tower, the strongest edifice that this country possesses, the full faith and credit of our sovereign debt, in his sights.

Last week, Sen. Cruz responded to CNN’s Candy Crowley on raising the debt limit, “Number one, we should look for some significant structural plan to reduce government spending. Number two, we should avoid new taxes. Number three, we should look for ways to mitigate the harm from ObamaCare.” Eleven days into the government shutdown and nearing the threshold of U.S. Sovereign debt default, Cruz exhorted House Republicans to stand firm against the weaker willed Senate GOP which had by now ran from the words defund ObamaCare. “Patience and courage and persistence is required, and will not come from the permanent beltway class.”

Ignoring the pleas of China and Japan, who hold the bulk of U.S. Sovereign debt; giving short shrift to the warnings of the International Monetary Fund, major business entities and investment bankers who can most accurately predict demand for U.S. Sovereign debt, Cruz’s Tea Party comrades in both House and Senate asserted that the threat of default was imaginary.

“I think we need to have that moment where we realize [we’re] going broke,” Rep. Ted Yoho said. If the debt ceiling isn’t raised, that will sure as heck be a moment. “I think, personally, it would bring stability to the world markets,” since they would be assured that the United States had moved decisively to curb its debt.

“There’s no such thing as a debt ceiling in this country because it’s never been not increased, and that’s why we’re $17 trillion in debt. And I would dispel the rumor that’s going around that you hear on every newscast that if we don’t raise the debt ceiling, we’ll default on our debt — we won’t. We’ll continue to pay our interest, we’ll continue to redeem bonds, and we’ll issue new bonds to replace those.”

Republican Rep. Mick Mulvaney says Obama is currently lying to the public, because, “We’re not going to default; there is no default.” He thinks that in default, the Treasury could just prioritize its payments until a bipartisan deal gets worked out in Congress.

The main stream media posits these men as occupationally challenged, alluding to one being a mere “veterinarian” as though they all possess IQs below 100 and are simply incapable of understanding the complexities of high finance. But no, these men are not self-deluded nor are they ignorant. They deflect the certain truths because at end, they simply don’t care.

They see the adverse poll numbers. They see the people out of work and the impending misery. But those matters are of no relevance to their constituency and there are no facts that will ever deflect their purpose or impinge  on their world view and no amount of pleading or presentation of facts from well-versed experts can possibly change that.

The Nihilist is intellectually immune to reason so we should not find it fantastical that Ted Cruz when presented with adverse poll results showing only 24% favorable opinion simply has a more flattering poll produced and without skipping a beat seeks to convince his followers that not only should they “stay the course” but that they are in fact “winning.”

Cruz is the vanguard of the coming storm to which the GOP that we knew has already fallen. These are men who hold nothing dear but their singular goal. Here it is defund ObamaCare but there is going to be a next issue and the threat of the nation’s financial default will simply be used again and if not that then some other quality that we hold dear that is to the Nihilist of no value.

Though old-line conservatives in the Senate may disavow him and may even succeed in structuring a bill to reopen government and raise the debt ceiling, Cruz’s compatriots in the House dare not abandon their constituents. Nor has John Boehner the votes to approve any bill that does not significantly delay or defund ObamaCare so it is bewildering that time is being wasted on such policy negotiations when what demands attention is dealing with the promise of Nihilism.

The Promise of Nihilism

Ted Cruz and the Tea Party have exposed a weakness in the fabric of our democracy. The Tea Party, a small minority with stunningly low public approval, has shown that it can and will in a few hours force the country to economic default.

Clearly the Founding Fathers failed to anticipate the rise of the Nihilists, failed to anticipate a political entity that simply does not care what damage is wrought on the nation. Today the world wonders do the laws of this country provide any meaning to the words “full faith and credit of the United States”.

This country must show here and now that the full faith and credit of the sovereign debt cannot be threatened by political extremism and indeed ought be able to survive even a second Civil War. To do less than this will make currency manipulation a political weapon wielded at the whim of any sufficiently petulant demagogue. One can only assume that an astute business or business coalition of sufficient means will soon sponsor legions of similar efforts to use this troubled politic to target the nation’s debt and currency whether to drive exports or more efficiently position currency trades. Businesses that profit from a weak dollar will have an unending incentive to fund abusive political parties that target the nation’s currency, which may well have happened here.

Sequesters, ObamaCare, balanced budgets, political parties, having a gay-Muslim-Nazi-(mixed race abomination)-communist-Kenyan-America-hater for President is of no consequence compared to the damage wrought by this glaring deficiency. The goal should be to show the world that with all of the policy disagreements still extant and the political parties yet incapable of any form of agreement that the full faith and credit of the nation endures and is beyond question.

This administration should set aside all efforts at compromise and instead work in these waning hours to put to rest now and forever the very thought that this promise of nihilism can ever be attained.