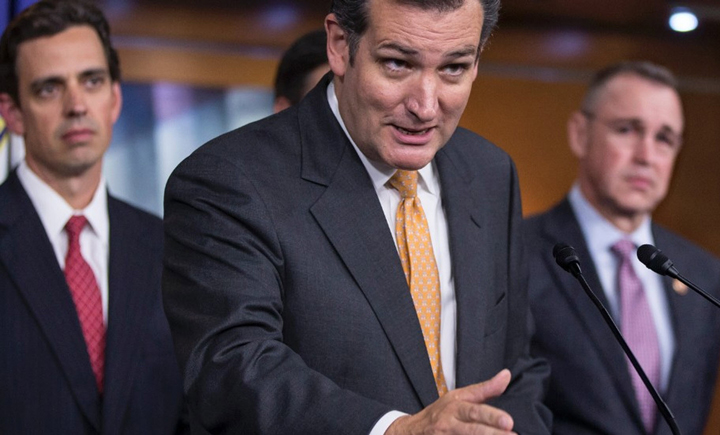 Many, most notably former President and presumptive, First Man in-waiting Bill Clinton, have asserted that President Obama may unilaterally invoke the 14th Amendment to raise the debt ceiling.

Thus pre-empt the Tea Party Republican’s now near certain death march to Federal debt default.The debt ceiling must be resolved by October 17th as the Treasury will on that day hit the debt limit and no longer be able to meet its obligations.

The prospect of a short budgetary government shutdown to squabble over partisan issues, in lieu of hitting the debt ceiling and defaulting on U.S. Sovereign debt, now appears a pipe dream in the face of ideological stalemate in Congress. Now it appears that the debt ceiling might well be seen by the Tea Party as the ultimate gambit in their hopes of repealing the Affordable Care Act (ObamaCare).

Currently with government in shutdown, no negotiations are taking place as neither side feels it has anything to lose. This changes as the debt limit becomes the focus. Once the debt limit is in play as Oct. 17th approaches, the debt ceiling becomes an economic weapon of mass destruction. It is clearly a button that the Tea Party wishes to invoke. It will be palpably real and eager fingers will long to press it.

Negotiation? Don’t count on it. Tea Party constituents are already convinced that under Obama the country is finished, some truly believe that Obamacare consists of euthanasia camps, and that they must act by any means necessary to oppose him including U.S. Sovereign debt default. This is personal with them. It is visceral, deeply held beliefs wrapped often in religious strappings. The economic meaning and the enormity of the debt limit and costs of default is simply beyond the concern of their most strident and monied voices.

In these circumstances, every alternative to default must be considered. Section 4 of the 14th Amendment was enacted after the Civil War and was originally meant to protect and ensure payment of the Union’s debts and declare those debts of the Confederacy null and void. However, the statute was written, as is often the case, in rather obtuse terms.

“The validity of the public debt of the United States, authorized by law, including debt incurred for payments of pensions and bounties for services in suppressing insurrection and rebellion shall not be questioned.”

The authors of the 14th Amendment here sought to protect a government recently divided against itself; mirroring in many ways the situation in Congress today where we witness a protracted conflict where reason has fallen to ideology. The Republican party members will feel no constituent demands to negotiate from gerrymandered fortresses. The election cycle for House members is too short and Conservative PAC money too dear for them to yield. Also, only now is the Libertarianism that may revitalize the GOP gaining voice. Change requires upheaval and its proponents must not now yield the floor.

House Speaker John Boehner would commit political suicide should he choose to present a clean Continuing Resolution to the House. Such a bill would require the support of 17 Democrats along with the moderate Republicans to pass and then be sent to the Senate where there is not an inkling of bipartisan support. His already tenuous hold on the Leadership would be quickly gone. Don’t expect the man to fall on his sword anytime soon.

Similarly, the Democrats would be equally foolish to allow any changes to the Affordable Care Act just as it is being implemented. It is the standing law just ruled Constitutional by the Supreme Court. The Democrats believe they will win in public opinion polls, but politics, especially in the gerrymandered House are all too local. In districts controlled by the House Republicans burning down the House is the best way of assuring re-election.

Thus, Obama has no choice but to invoke the 14th Amendment and prevent sending us into a global economic spiral as the U.S. becomes truly a third-World Banana Republic. If the debt ceiling debate is won simply by never allowing it to happen, there is a strong likelihood that the economic thaw experienced to date could blossom into spring. If Obama insists on playing politics like usual, then his lone legacy will be that he lacked the audacity to act, to cheat political and economic death by doing the unthinkable.

The Obama administration has stated it does not believe the 14th amendment gives the president the authority to move unilaterally, but pragmatism in the light of ideological intransigence is necessary. This tool must be proven now for use by future administrations so that the faith and credit of the nation is never held hostage to political ideology.

Many scholars have opined that should Obama move unilaterally to raise the debt limit the Supreme Court would refuse to even see it as a Constitutional issue. The solution to this political stalemate is to change the field of play.